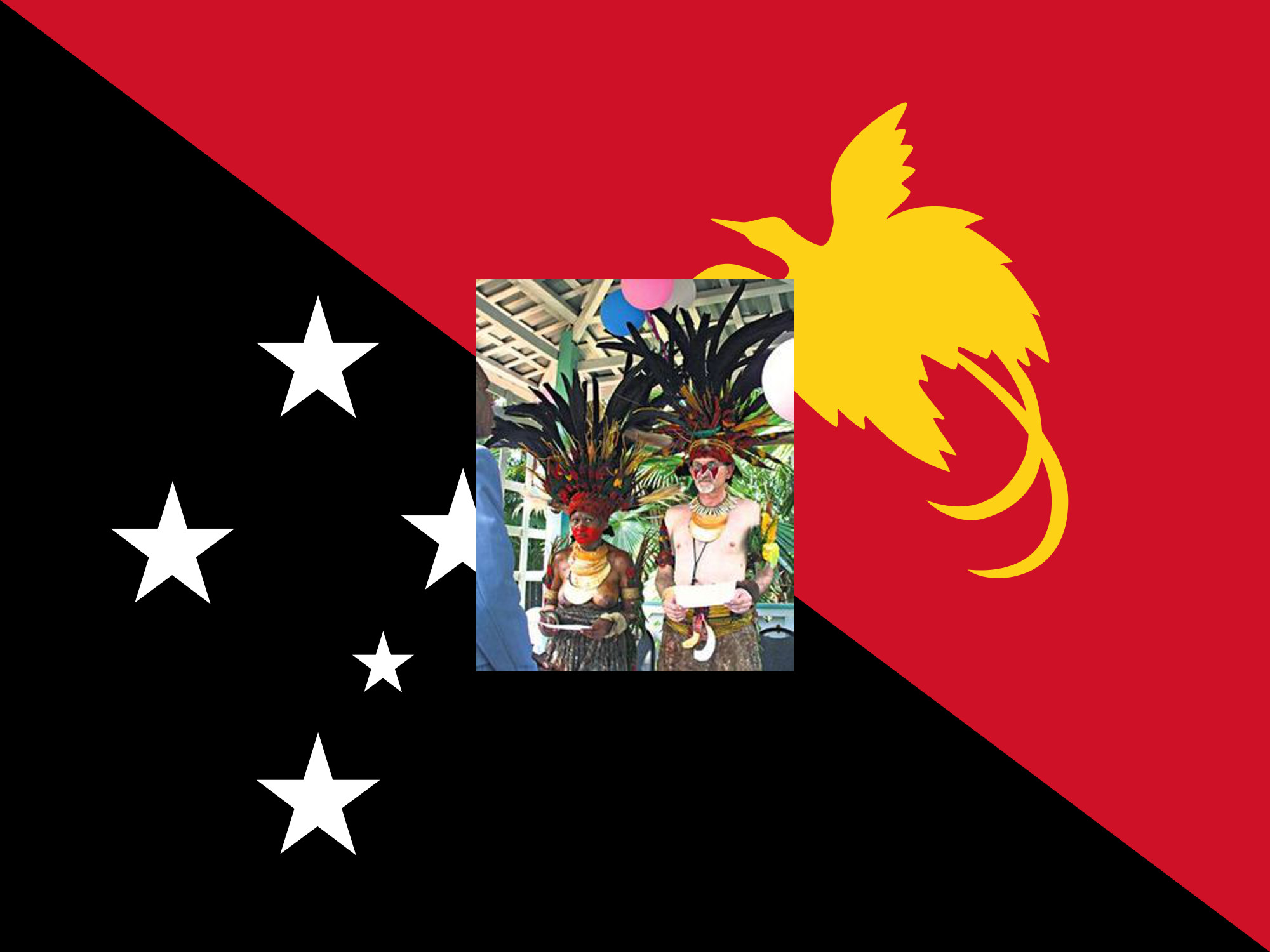 An intercultural experience of Peter, an Australian, marrying Mary from Papua New Guinea

Peter was working at the University of Papua New Guinea (PNG) when he met Rose, who was visiting friends at the university. “We immediately hit it off and I asked Rose if she would like to have dinner that evening,” says Peter, who hails from the NSW Central Coast. “She said yes, and things took off from there. What brought us together? Serendipity.”

Two years later, Rose and Peter were staying in a diving resort near Port Moresby when Peter asked her to marry him. “I got down on my knees in the old fashioned way and asked her in front of everyone,” he says. “By this time everyone else wondered what was happening and gathered around us.”
More than 200 guests attended their wedding, including members of Rose’s family who travelled from the PNG highlands and Bougainville. Rose and Peter wore traditional Simbu ceremonial costumes – called bilas kanaka in Tok Pisin – which comprise layers of feathers mostly from birds of paradise and parrots, shells, animal teeth, cuscus fur, leaves, flowers and grasses.

Peter says he was at first taken aback at the suggestion they wear traditional costumes for the ceremony, feeling that as a “whitepela” it might be disrespectful. But Rose’s family was adamant it would be a great honour to their customs if both bride and groom wore Simbu bilas.

Getting dressed took several hours and was supervised by Rose’s aunties who were meticulous about getting the details correct. “As many of the components are now rare and valuable, the bilas is highly treasured and handed down from one generation to the next,” Peter says. “It is a major part of the cultural tradition of all PNG provinces and everyone in PNG is very proud of their area’s bilas, songs and dances.”

Some of Rose’s female relatives played kundu drums and sang customary chants as she entered the garden. Peter’s group was “hiding” behind some trees and a member of the bride’s party had to find them, lead them forward and formally present Rose to Peter. The couple then went to the wedding garden where the formal ceremony took place.

The traditional part of the marriage was not yet complete, and Peter and Rose returned to her village in the following months and had a formal “bride price” ceremony and feast. “Many pigs were already being fattened for the feast,” he says.

Guests enjoyed a feast of whole roasted pigs, chicken and fish, plenty of sweet potatoes, yams, taro and tapioca flavoured with coconut milk, ginger and garlic, and a variety of local greens and tropical fruit – much of it cooked in a mumu, or earthen oven.

The wedding garden was decorated with tropical flowers – bougainvillea, frangipani and bromeliads – collected and arranged by the Simbu Spiders, a university female soccer team.

What was the highlight?

Peter: “Having such a wonderful group of family and friends come to the wedding and give us so much support and goodwill. PNG people are extremely generous, open and sincere when they become your friends and family.”

What do you love most about your partner?

Peter: “Rose is the most loving and beautiful woman I have met both on the outside, but more importantly on the inside. She has saved my life and given me a future.”
Rose: “Peter has stood by me through good times and bad times and I know he loves me with all his heart. He has given me trust and love like no one else I have known.”