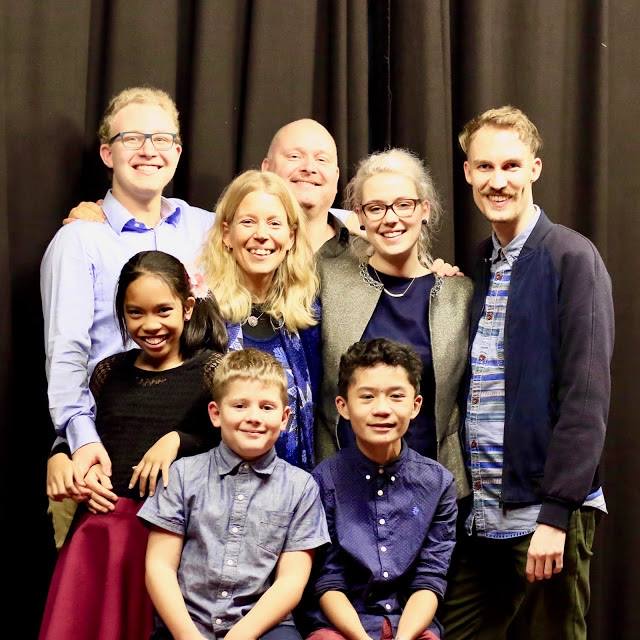 I still  remember when carrying her as a little baby, and now the time had come for me to give her away!

Noémie and Loïc started their official relationship just after we left Switzerland to spend a year in Ivory Coast, so we were not able to be present at this time as much as we would have liked. We did Skype calls, but it’s not the same as physical presence. We had already known Loïc for many years  as he had joined our KKI activities at a very young age and we loved his love for the Lord and his creativity. This was what we had prayed for since our Noémie’s conception!

The subject of marriage was very much on our heart for our daughter, as she was struggling for a time about who to choose and what was really important to put at the heart of a dating relationship. So Loïc was an answer to prayer. We met them at Christmas when we came home for two weeks, enjoyed seeing how they were building their relationship, and we were able to celebrate their engagement.

We came back from Africa in June 2018, just two months before the wedding. We wanted to set aside some special time with our daughter to bless her, honor her and pray for her before she got married, so we booked two days in a beautiful setting with hot pools and Jacuzzis at an upmarket hotel. We wanted her to know she was our princess and that we trusted her and Loïc for the future. We had the opportunity to share deeply from our hearts, and Noémie was really open. Yes, parents do have a place in helping their children start married life well! However, their open hearts will be the result of the relationship built and the time invested in them since childhood.
We had to let go of some of our own ways of doing things and certain ideas, but as Joële says, “What a privilege to see my daughter grow and become my best friend.”

Guy Zeller is married to Joële, they have five children. They have been working with Youth With A Mission for many years and are currently the international leaders for the King’s Kids ministry throughout the French-speaking world, (called Fabricants de Joie in French).  Guy also serves on the executive committee of King’s Kids International.
His ministry is primarily family-oriented. He runs schools, trains leaders, coaches youth, and seeks to influence the world of education and the Church.