Maybe you remember seeing this video appear on our Facebook page. It shows how at the start of the Advent Calendar, I removed the TV from our living room.

For a period of just over 3 weeks we didn’t have this big black hole in the middle of our main living space. Such a relief, and: such a battle! The first day was okay. My wife only noticed the next day that the TV was missing. For me and the kids it was more obvious, because weekends are the times to hang out in front of this screen.

In our journey as a family we have had different approaches to media. In 2007 we decided to get rid of our TV. Until then we had always had one, most of the time in the living room, albeit behind cabinet doors. Looking back it wasn’t a hard decision, more of a heart decision. The benefit was that it removed the choice. We didn’t have to make a choice again and again: switch it on or not? Watch that show, or the news, or sports, or the new episode of ‘our’ series? 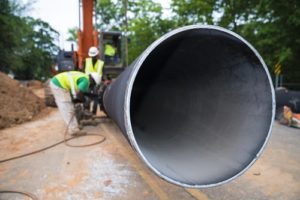 Since then the world of TV has dramatically changed. It has become ‘on-demand’ and anywhere. In 2000 I was looking at a sales job for broadband internet connections, offering speeds of up to 1Mb/s. You could even watch video, called ‘streaming’. Revolutionary!! 2007 was the year the smartphone was introduced, 2010 saw the first iPad. These handheld screens have multiplied the choices we have to make in a radical fashion. Within two decades media have created an influence in our homes the size of the city’s sewer pipe, while we as parents whisper through a straw. We are not aware who’s raising our kids.

As our kids became older and the world of internet evolved, screens became more and more apparent in our home. In 2016 we realised that they all had access to their own screen and that for some reasons (like school work) it was helpful that they did. At the same time we didn’t want them to be exposed to all these choices, specifically the younger ones. In an attempt to bring the number of screens down, we decided rather than each having their own screen, we’d replace it with one TV and game device. By Christmas 2016 the TV had found its way back into our home. It’s been a love-hate relationship. We enjoy seeing the kids playing & creating together (on or off-screen), but we resent the rivalry and attitude it sometimes produces.

Last December the TV had suddenly ‘disappeared’. I got some nasty looks once the kids had identified me as the culprit. Some locked themselves in their room, because they were angry. Then, after a few days of withdrawal symptoms (literally) I started to get my children back. We held a family meeting to discuss the ‘right to screen’. “How long will the TV be gone?” asked one of the kids. “Well, it depends” I replied. “But what about when our friends come over? We want to play MindCraft together!”. “I know”, I said, “but it depends on the attitude. The fact that you were granted screen time doesn’t mean it is a right. It is a gift.”

It took effort and commitment from us as parents to engage in other forms of play. At the end of the Advent period the TV returned, but it isn’t the same as before. We play more board and card games, have more unplanned connection times, we’ve limited the screen time even more and ‘covered’ the TV to not be the center of attention. For the few years we have with them we want to be as big an influence as we can and should be.