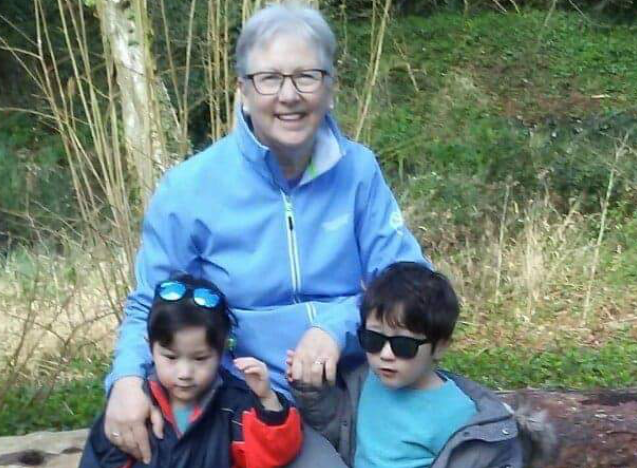 This month we will celebrate the fourth birthday of our twin grandsons: two energetic and bright little boys. It’s a great joy to see them thrive after their dramatic arrival into the world.

My daughter’s pregnancy was such a difficult one due to excessive vomiting and weight loss, that my daughter and son-in-law asked to come and live with us.
A few weeks after they moved in, my daughter had abdominal pains and backache and we went to the nearby hospital. She was 26 weeks pregnant and had gone into labour. Our local hospital did not have the specialised care needed for them, so, in the early hours of the morning I stood in a field beside the hospital and watched as she was air-lifted by helicopter to a better-equipped hospital eight hours drive away…

Life was never the same after that day: it became very fast-paced as I juggled care for my youngest daughter, who has Down’s Syndrome, with two-day trips across country to support Catherine and her husband.

For three weeks the lives of the twins hung in the balance during which time many friends prayed for a good outcome for both mum and babies. Our YWAM centre leader, whose eldest daughter was also born prematurely, believed that we were to pray that Aidan, the smallest twin, would weigh at least one kilo before he left the womb.
At thirty weeks gestation, Catherine was air-lifted back to our local hospital and the following day the boys were born. Alex weighed one and a half kilos and our little Aidan made his prayer target weighing in at one kilo and three grams. It was with a mixture of great joy and relief that we rushed to the hospital to meet them! During their six weeks in the neo-natal unit while they grew healthier, I juggled work and prepared for their home-coming.

So began a particularly difficult season as my son-in-law had an emotional meltdown and left. He said that he did not want to be a father and could not cope with the constant needs of his sons. Sadly he did not return, and my daughter was left to deal with the intense routine of looking after her boys. I took several months off work to help, and was often seen wearing a baby carrier with Aidan inside as he needed the most care. By the time the boys were a few months old we had established a schedule of care for them which allowed me to be a grandmother and not a second parent. For example, I did not do night feeds but helped in the mornings to allow Catherine to catch up on her sleep. We also lived in a very supportive community who rallied around us and helped as much as they could. 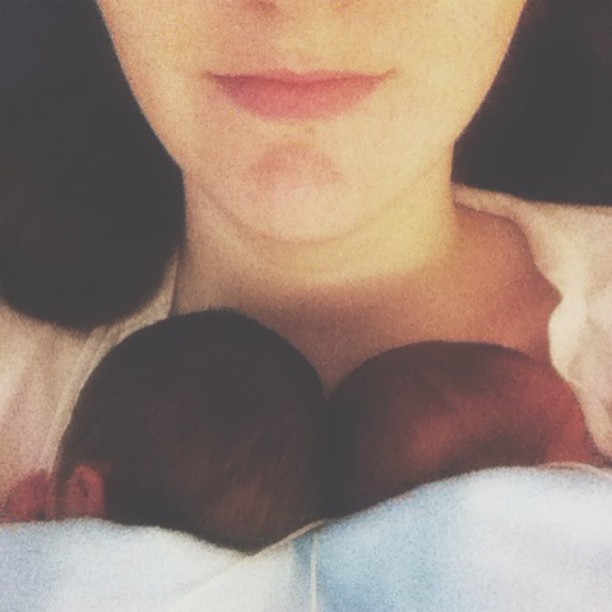 As we all lived in the same house, we had to set some boundaries regarding our needs so that we could protect ourselves from exhaustion. We agreed together on shared space and separate space both in the rooms of the house and in our weekly schedule, allowing each of us to have some time off from the demands of care. This worked very well, and the boys grew up knowing the difference between their home and Nana and Grandpa’s home. Last year when we moved into separate houses ten minutes walking distance from each other, the twins adapted well, settling quickly into their new environment and secure in the love of their family.

Unlike many grandparents, we are able to see each other often and we really enjoy our time together.
My first pregnancy was also twin boys who I miscarried at 15 weeks. Although it was very stressful facing the possibility that my daughter would also lose her twins, I am very grateful to God that he protected Alex and Aidan, and we have the privilege of seeing them grow up.

Despite carrying a caring role for them which held the same responsibilities as parents, we have had to learn that a grandparenting role is different. Our primary role has become a supportive, encouraging one. They visit us often and we want our home to always be open and welcoming for them. There is also a constant balancing act of how much we can guide and discipline them, as that responsibility is ultimately their mother’s.

Praying for and with them, playing and making fun memories, listening and affirming them are high on our agenda as they grow.
Proverbs 17:6 tells us that grandchildren are the crown of the aged, and we wear them with pride!