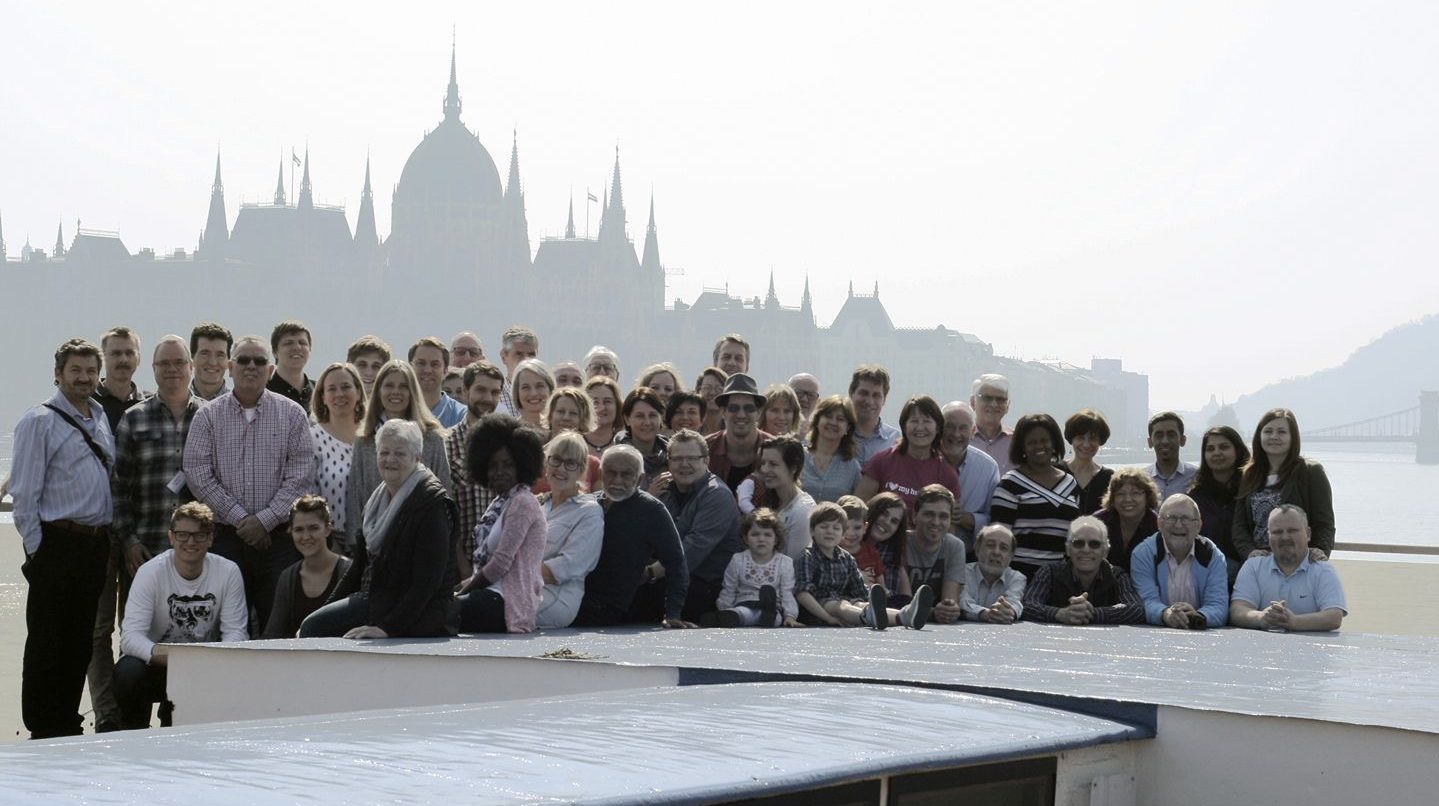 from an African perspective

This year’s European Family Ministries Forum was held in Budapest on a hotel boat on the Danube River opposite the Parliament building. Great views! The 54 participants from 17 nations came together for 2.5 days to network, share resources, pray, hear and learn from each other in a warm and welcoming atmosphere.

One of the recurring themes has been God`s emphasis on generations working together. We are building on the foundations the generations before us have laid, and we are leaving a legacy to the coming generations on which they will continue to build. In a panel the older generation asked the younger generation how they could better serve them, better understand their struggles and better stand with them in their calling. As a practical application we had different generations praying for each other and speaking into each other’s lives. So encouraging! It was an amazing time of connection between the generations!

Joanna, you are a psychologist, trainer and counselor working with YWAM Family Ministries in South Africa, tell us why you attended the European Forum.

Joanna: This is my first trip to Europe. I feel privileged that I could do this trip and enjoy the beautiful city of Budapest, but I came primarily to participate in the European Family Ministries Forum to connect with the wider body of Family Ministry leaders and to see how we could use European resources in Africa.

AZF: What is different to the Forums held in Africa?

Joanna: I was particularly impressed that many people developed their own resources that meet the needs of families in their nations. In Africa we often use materials which have a Western background. We don’t have much material that would suit our own needs or deals with African issues. For example, we would need materials that would help young couples navigate the “Lobola“ process (paying the bride price). One of the negative results of the lobola process is cohabitation. Unlike in European countries where co-habitation is a matter of choice, for some couples in Africa it is done out of necessity. A young man might not be able to raise the required bride price of 10.000 USD, which will result in a courtship of many years. Many of these relationships result in children being born out of wedlock. In those situations couples will often chose to cohabit in order to bring some form of stability to their child. Training materials would be needed that help open the dialogue between the extended family to make it easier for the couple.

AZF: Which of the resources that were introduced are you considering to take back to Africa?

Joanna: Julian Saint Fournier from Malta introduced “Friendship Cards“, a tool that helps children to deal with conflict by identifying feelings, choosing “good moves“ instead of “bad moves“, and learning how to reconcile. The “Friendship Cards“ have become so popular, that schools are adopting them. I would like to introduce these cards at the next African Family Ministry Forums.

I was also impressed with the material that Bram de Blouw presented on Divorce Care. I realized that this material could also be used to help young adults who have been engaged or involved in a long term relationship that did not materialize into marriage. As a way of trying to comfort, people would often say “at least you were not married“, without realizing that you experienced the same pain, rejection, loss of dignity, loss of friends and sometimes even loss of family and church community. Therefore I am considering using this material to help those who often suffer in silence.

AZF: What else are you taking away from this Forum?

Joanna:I am thankful for the privilege to meet people with the same passion, to see how things are handled differently in another culture. I was amazed by the amount of networking and sharing resources that took place. I was particularly impressed that by the time I was leaving, people were already committed to planning dates and locations for seminars, training, events.