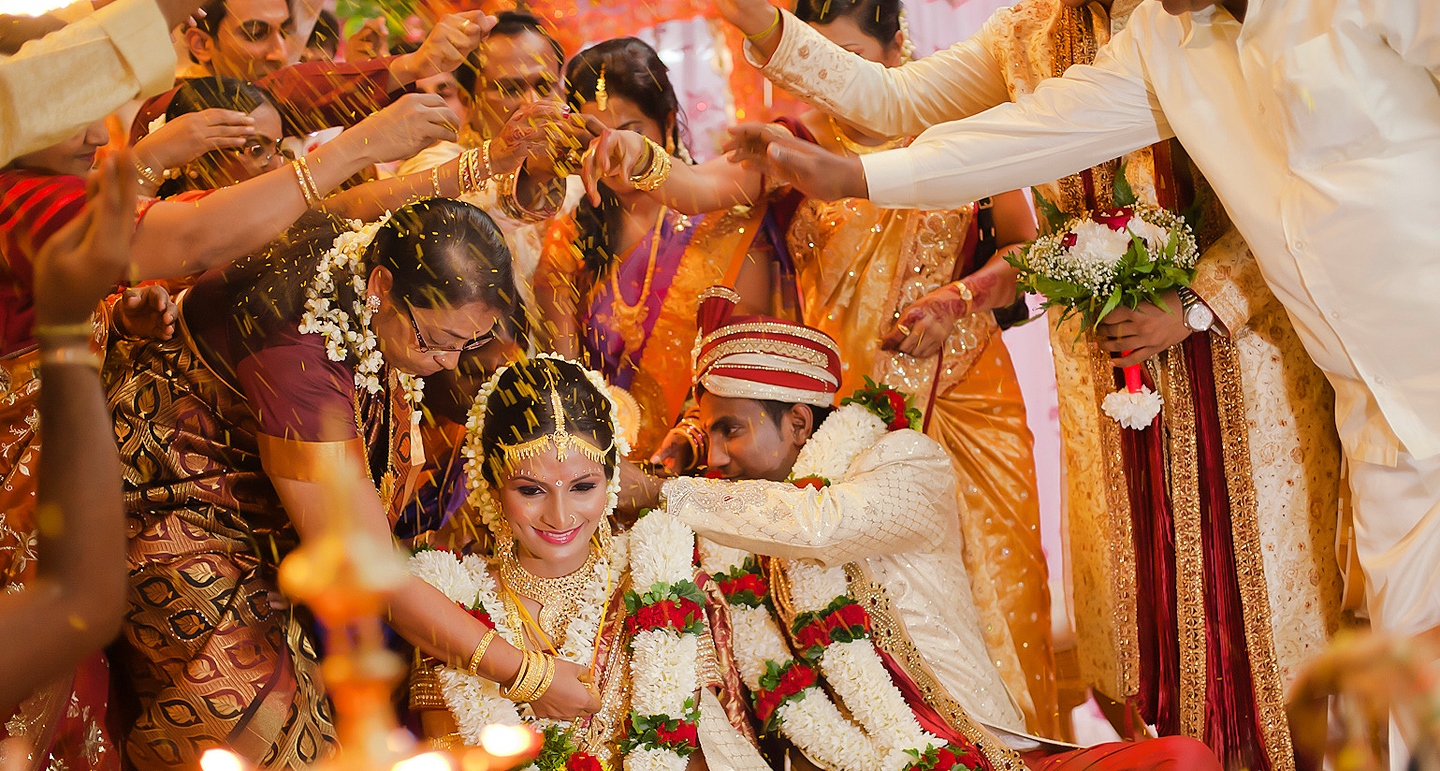 All marriages are arranged. The question is, who is doing the arranging? In a typical Indian marriage, the couple’s union is usually arranged by the parents and family members such as uncles and aunts. India used to practice child marriage, which is now illegal, although still practiced sporadically.

There are many variations of arranged marriage, but let me describe a typical one: Firstly, the parents will look for a suitable partner through a matchmaker, who may be a locally well-known matchmaker, a temple priest, a pastor etc. If there are no suitable matchmakers, some families also resort to newspaper and magazine advertisements. They will communicate their criteria to the matchmaker, often including Horoscope Zodiac signs. Once a potential partner is found, the matchmaker informs both sides of the family, and if agreed, there is an exchange of photographs and other documents. Then if all goes well, the prospective groom’s family will meet the prospective bride’s family at her house, along with the whole family. At this point the potential couple may talk separately in another room. Usually, this meeting doesn’t conclude with any commitment, and both parties are still allowed to look elsewhere for their child’s partner. Most families will keep many options open. This is an important time as both families will want to investigate more about the other family, usually done through neighbours, kin and social networks.

Once this stage is through with a green light, a formal engagement would ensue. In urban areas, the prospective bride and groom may go out on a date to get to know each other better. In rural areas or in a more conservative context, it may not be socially permissible to go on a romantic date, but they are allowed to make direct contact through phone calls or other means. As in most cultures, the wedding is a big event involving almost all known friends and families. It is an insult not to be invited, so all are invited, however, the invitees would somehow know if they are to attend the wedding or not.

In India, marriage is considered to be lifelong and the divorce rate is extremely low, at only 1.1%.

The north-east of India is a bit different. In the North East States, usually known as the Seven Sisters, marriages are processed a bit differently. In most States, young people are allowed to mingle with one another. However, dating as practiced in the West is traditionally discouraged, although this is changing drastically. Boys can go to any girls’ house, usually after dinner, and fellowship with both the girl and her family. It is not a good sign for young ladies to be out of the house often, especially at night. Even if a boy and girl like each other, other boys may still come and fellowship in her house. She cannot shut others out who come to her house, she has to show hospitality to all. If they are of age, they would start involving the family or the family would notice something and start inquiring. This is where the family would consult other family members and begin to think seriously about marriage. If everything is clear, the boy’s family would send a mediator to ask for the girl’s hand.

Even if they really like the boy and the family, it is customary not to say ‘Yes’ on the first visit.

The girl’s family will make an excuse saying they need to consult other family members or they need more time to think. Usually they will say yes on the second attempt. The mediators are usually uncles and in-laws of the boy’s family. After this, the wedding dates are mutually agreed to, and there are no separate engagement ceremonies apart from this. Since many States in the north-east are majority Christian, they practice Church Weddings, which look a lot like Western weddings, although there are also a traditional weddings.