Religious pluralism generally refers to the belief in two or more religious worldviews as being equally valid or acceptable. More than mere tolerance, religious pluralism accepts multiple paths to God or gods as a possibility and is usually contrasted with “exclusivism,” the idea that there is only one true religion or way to know God. Studies by the Barna Group have noted that significant numbers of people identified as Christians believe there is more than one way to heaven.

Aren’t there many roads to heaven? Don’t all paths ultimately lead to the same place?
Religious Pluralism

Pluralism is more than the sharing of certain values or agreement on some social issues. Buddhists and Christians both agree that helping the poor is important, but such limited consensus is not pluralism. Pluralism has to do with lending credence to competing truth claims and accepting diverse beliefs regarding God and salvation. Two or more religions can share some doctrinal beliefs yet remain fundamentally different as belief systems. For example, Muslims and Christians agree that there is only one God—yet both religions define God differently and hold many irreconcilable beliefs.

What does the Bible teach about religious pluralism? First, the Bible acknowledges only one God (Deuteronomy 6:5). Therefore, religious pluralism is incompatible with biblical teaching since pluralism accepts multiple views of God or even multiple gods. Second, the Bible teaches that there is only one way to know God—through Jesus Christ. John 14:6 states that Jesus is the way, the truth, and the life and that no one comes to the Father except through Him. The apostles taught the same message in Acts 4:12: “…there is salvation in no one else, for there is no other name under heaven given among men by which we must be saved.” 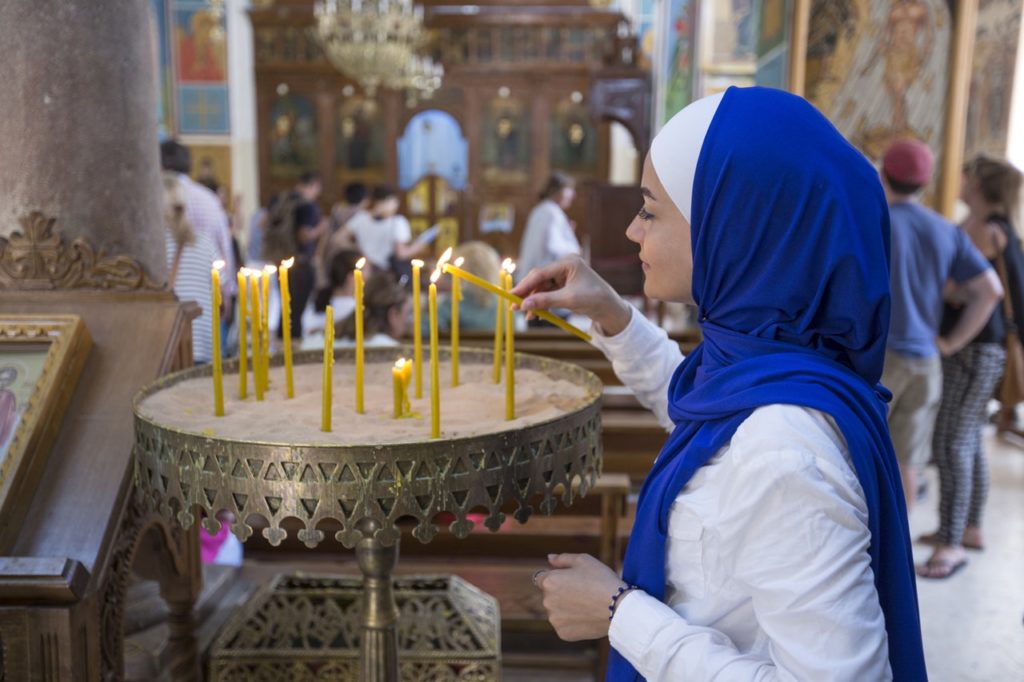 Religious liberty guarantees that multiple religions can worship peaceably, and Christians appreciate such liberty, as it allows for open worship of God. In contrast, religious pluralism teaches that multiple religions are true or equally valid, something the Bible clearly refutes. We encourage religious liberty, but at the same time we communicate the Bible’s teaching of “one God and one mediator between God and men, the man Christ Jesus” (1 Timothy 2:5).

Why is religious pluralism not philosophically possible?

“For example, Hinduism has two non-negotiable beliefs: karma and reincarnation. No Hindu will trade these away. In Buddhism, there is the denial of the essential notion of the self. Buddhists believe that the self as we understand it does not exist, and our ceasing to desire will be the cause of the end of all suffering. If we deny these premises, we remove the central essence of Buddhism”.

“Naturalism teaches that anything supernatural or metaphysical is outside the realm of evidence and purely an opinion, not a matter of fact. Islam believes that Mohammad is the last and final prophet, and the Quran is the perfect revelation. If we deny those two premises, we have denied Islam”.

“In the Christian faith, we believe Jesus is the consummate experience of God in the person of His Son, and is the Savior and Redeemer of the world. We cannot deny these premises and continue to be Christians. The question is not whether these are mutually exclusive. The question is which one of these will we deny as being reasonable and consistent? Which one of these will we be able to sustain by argument and by evidence?”

Thus, if the Quran states (as it does) that Jesus did not die on the cross and the Bible states that he did, both statements cannot be equally true. Pluralism breaks down at that point as much as it sounds like a noble and tolerant concept. We love and accept people with different religious beliefs, but we do not agree that multiple religions are true or equally valid.